Underage drinkers put down the bottle 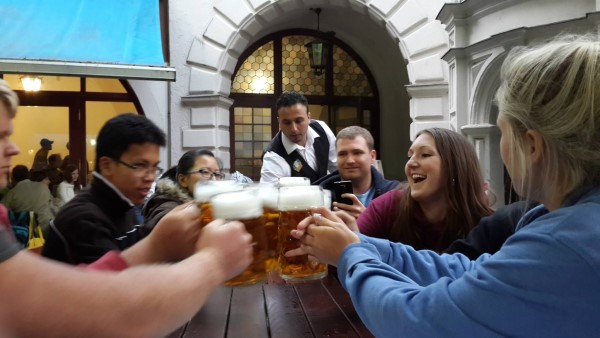 In this social media age, where risky behaviour can be broadcast widely online, the number of Aussie teens drinking underage has dropped drastically.

The number of young drinkers has plummeted by about 42 per cent between 2010 and 2021, according to the latest statistics gathered by the International Alliance for Responsible Drinking.

There has also been a 19 per cent drop in the number of deaths resulting from drink-driving, and a 15 per cent decrease in heavy episodic binge drinking.

Australia, the US and Lithuania are leading the charge on declining underage drinking figures, according to the global analysis, all reporting more than a 40 per cent drop.

The report confirms a downward trend for half of the 62 countries studied, and no change in a further quarter.

The alliance believes the drop in underage drinking - and other risky behaviour such as underage smoking and sex - has a lot to do with young people wanting to create and maintain a certain image on social media.

They don't want to put their chances of personal and career success at risk by having photos of embarrassing or illegal behaviour online for the world to see.

"These downward trends in risky behaviour are linked to this rise in the public profile of their social life," Henry Ashworth, chief executive of the International Alliance for Responsible Drinking, told AAP.

"It's not hidden behind the bike shed."

"Teenagers spend time building a profile of themselves on social media - they don't want to destroy it," Mr Strahan says.

He says young people are very savvy and only too aware a questionable photo could haunt them forever.

Mr Strahan says the sharp decline in unhealthy alcohol consumption in Australia is also a reflection of the collective push to break generational inheritance of drinking habits.

He says DrinkWise campaigns over the past 15 years have encouraged parents to consider their own patterns of drinking behaviour and the example they might be setting for their children, and that Australians are also bringing up an increasingly health-conscious generation.

Mr Ashworth says there is a big societal change happening, and the most important statistic in the report is the drop in underage drinking because that should play forward to future generations.

"Those sorts of trends are really important because they create generational shifts," he said.

"This is a great example of how government and industry and civil society and educational organisations all pull together in this whole-of-society response.

"Producers, advertisers, retailers - they all have a part to play."