The Katherine River reaches its highest point in 15 years 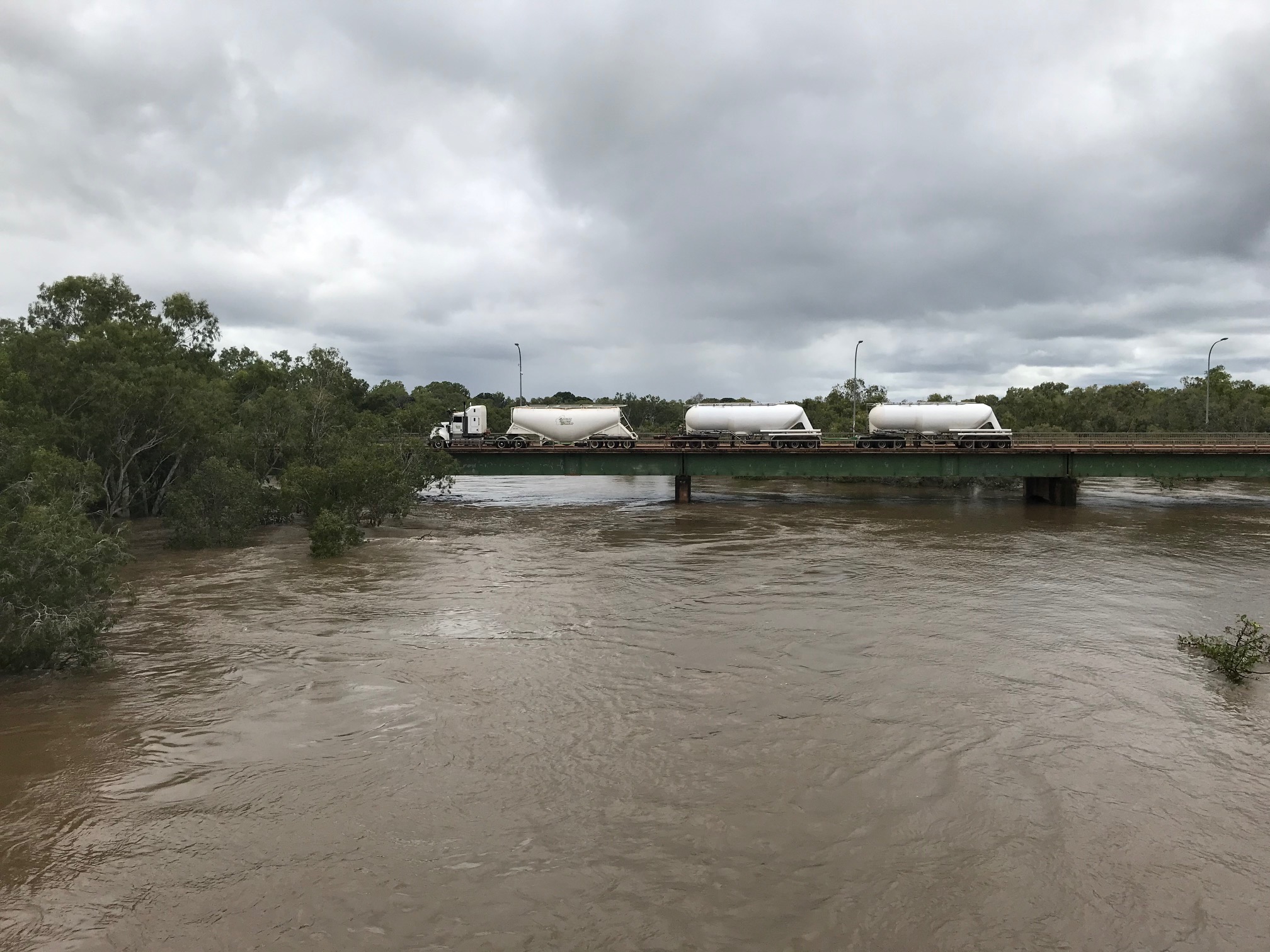 Locals in Katherine have welcomed the recent rain, which caused the river to reach its highest point in 15 years.

The Katherine River in town peaked at 15.65 metres early Sunday morning after widespread falls of up to 200 millimetres in the catchment in the last four days.

According to the Bureau of Meterology, the Katherine River at the bridge has not been that high since 2006, when it peaked at 19.17 metres.

Resident Trent de With, who grew up in the town say the river used to rise every wet season, but it has not happened for a number of years.

"Hopefully this is a sign of the times ahead, am I going to see this river sit at 16 metres for a couple of weeks every wet season," Mr de With says.

Mr de With says the bridge was a popular spectacle on the weekend.

"I've never seen so many people on the Railway Bridge here in town before, it's unreal."

He says the much-needed rain will bring a boost for the town.

"It's good for fishing, it's good for the tourism industry, it's just an all-round positive, that we haven't had down here for five or six years."

"It's green , it's wet, it's damp, it's exactly what we expect out of a February wet season."

Another resident, Karen, who livesin a flood-prone area says she has been closely watching the water levels over the last few days.

"The water got right up to the edge of the road, from our veranda we could have chucked a fishing line across the road and gone fishing in the driveway," she says.

"We've been in the house 12 years and this is the highest we've seen the water."

She says luckily she did not have to evacuate.

The Weather Bureau is forecasting showers and thunderstorms with possible heavy falls in Katherine for the rest of Monday and into Tuesday.