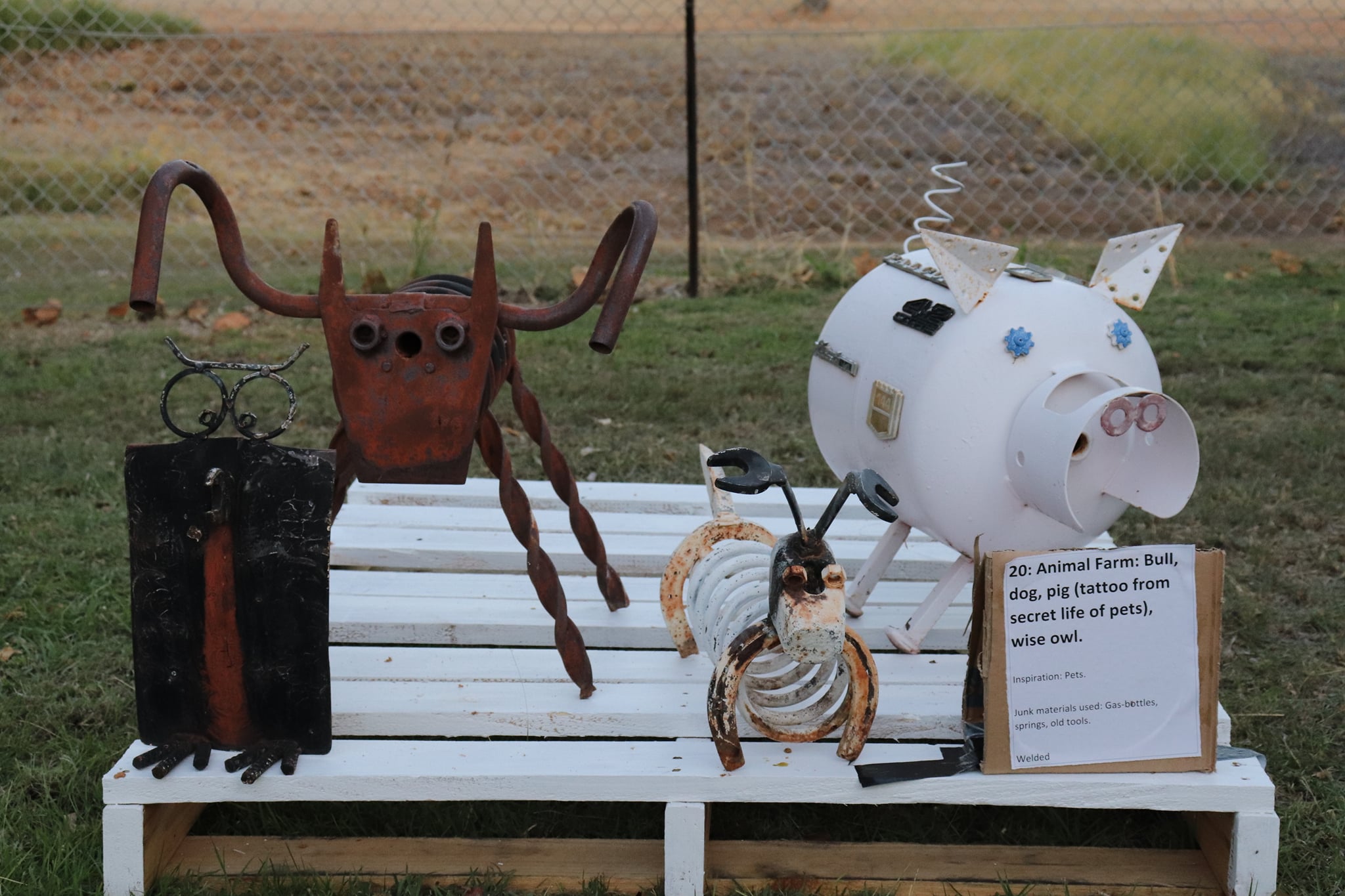 A crocodile made out of egg cartons and a life-size Grim Reaper are among the sculptures to be displayed at a festival in Katherine this weekend.

The artworks have been made from items destined for landfill and will be carefully scrutinised to ensure they are entirely sustainable.

Katherine Regional Arts’ Executive Officer Jacinta Mooney says the sculptures are made from all kinds of waste materials including scrap metal, timber and there is even a coloured lamp with hanging fixtures.

She says a particularly impressive piece is a shadowy character called Doctor Death.

“So it’s life-size, a very unsettling figure, a Grim Reaper character complete with this little rat made out of car parts and metal bits, it’s absolutely gorgeous,” Ms Mooney says.

Another amazing artwork is Eggbert the 6.2 metre saltwater crocodile.

“He’s been made out of egg cartons...the croc catcher came and picked that up yesterday with their trailer,” she says.

Ms Mooney says the event is all about turning trash into treasure.

She says it truly is a community event, with sculptures coming from far and wide and is growing in popularity among the young generation.

“They’re not done by artists, these are done by local people, ordinary people in the region.”

“We’ve actually got a sculpture piece that’s been sent in from Robinson River, which is about 900 kilometres away, it’s over towards Borroloola.”

“We’re getting a lot more entries from Katherine High students, some of them are actually speaking on Saturday night about the sort of dire situation that the planet’s in and about their future.”

Festivalgoers will also be able to enjoy a range of live music, with the event running from 5pm to 10pm at the Lindsay Street Complex this Saturday.

(Photo:Katherine Regional Arts Facebook - Some of the sculptures from last year's event. Below - Eggbert the salty making his way to the festival)