Design revealed for public art at Darwin's Bicentennial Park - &#13; Designs have been revealed for a public art project at Darwin’s Bicentennial Par ...
Northern Territory bushfire season the worst in years, with crews already called to 250 fires - &#13; Northern Territory fire authorities are warning that this year's bush fire seaso ...
Leaders to discuss vaccination modelling - Australia's leaders will begin charting a course to fully reopening the nation based on ne ...
Howard Springs fails to provide "gold standard" for Territorians with specialised needs - &#13; Territorians have raised concerns that the Northern Territory’s “gold standard” ...
Australia reaches record virus jab numbers - Australia's health minister believes the nation is winning the battle against coronavirus ...
Two people rescued after becoming stranded off Nightcliff  - &#13; Two people, including a boy, have been rescued after becoming stranded off Night ...
Public appeal over burnt out ute on Stuart Highway - &#13; Northern Territory Police are calling for the public's help to piece together wh ...
Blood clots not higher after 2nd AZ jab - AstraZeneca's COVID-19 shot did not increase the instances of rare blood clots with low pl ...
$35 million class action settlement for youth mistreated in Northern Territory detention - &#13; Lawyers have secured a $35 million class action settlement for the young people ...
Man sent back to Queensland after breaching health directions in the Northern Territory - &#13; A man has been sent back to Queensland after breaching health directions in the ...

Grey nomads, a possible solution to staff shortages across the Northern Territory 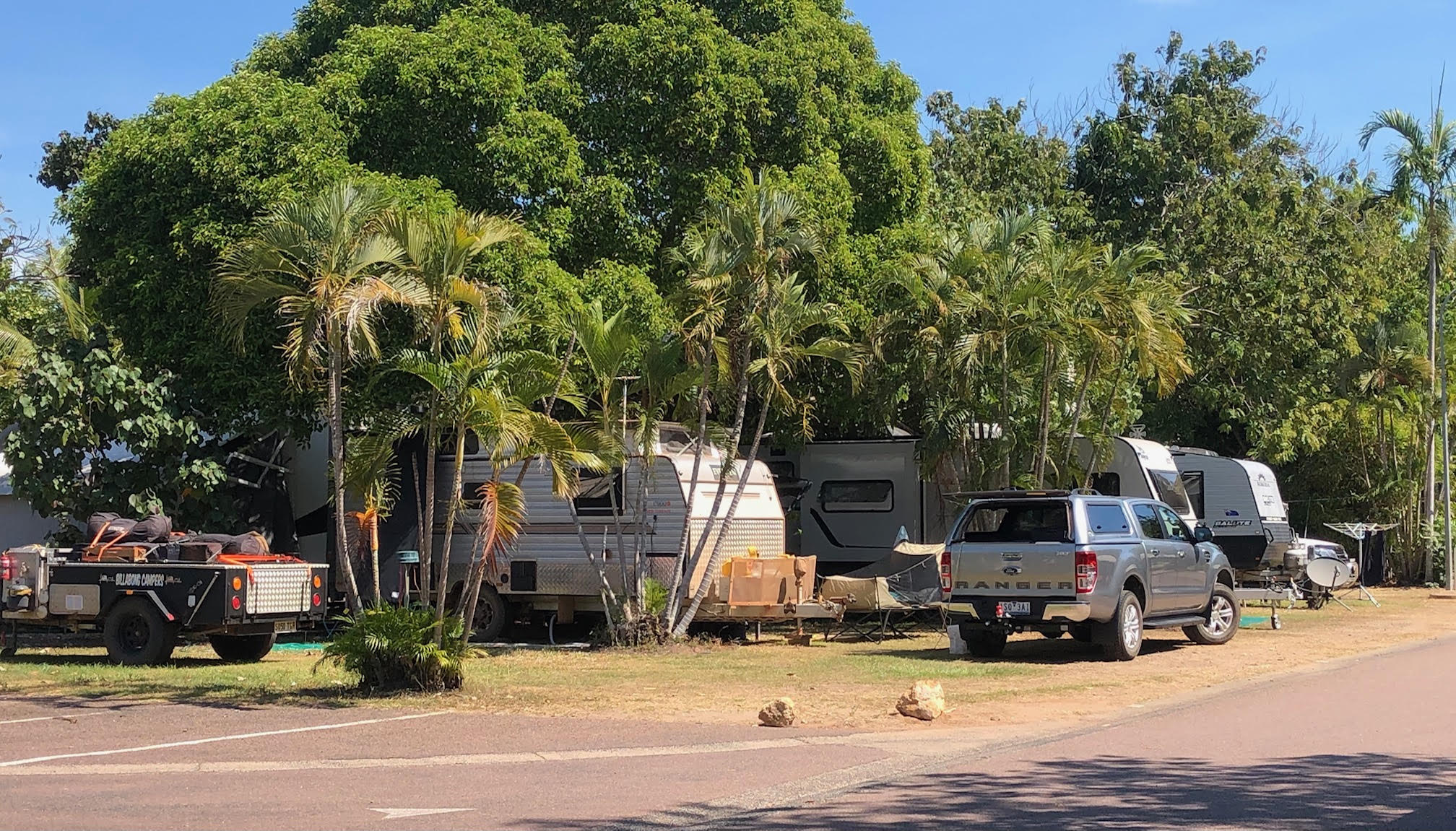 Grey nomads could be the solution to staff shortages across the Northern Territory according to the Chamber of Commerce.

Business is picking up for local operators who had to close during the coronavirus outbreak, thrusting staff shortages into the forefront again.

“A lot of the communities and more remote regions could certainly do with some casual workers and I’m sure some of those visitors could do with a few dollars as they move through these areas,” Mr Ireland says.

But he says the Commonwealth would need to make some concessions, similar to those that have been made for international students.

“We’ve seen the Federal Government relax the visa requirements for international students and that’s certainly helped, allowing them to work a full week rather than just half a week is adding to the pool of available workers.”

“Essentially it’s just allowing a certain number of hours to be worked and remunerated without impacting on pensioners has been our suggestion.”

Mr Ireland says there are plenty of grey nomads in the Territory at the moment who could put their existing skills to work.

“Caravan parks are full, the free camping spots along the roads are also pretty full, we’re hearing stories of Katherine having to open up overflow caravan parks, there’s plenty of resources there."

“If they want to change sheets or help out in the local mechanic shop or whatever it might be that their former work skills were, I think it would benefit the entire community."

The proposal would help ease reliance on international students, who are in short supply due to the country's border closures.