Qantas announces Darwin to London flights - Qantas has announced it will temporarily cease flights to London from Perth, with plans to ...
Territorians urged to visit the Red Centre, with tourism the 'worst it's ever been' - &#13; Territorians are being urged to head to the Red Centre to help keep the tourism ...
Scams cost Aussies $211 million this year - Australians have lost a record $211 million to scams so far this year, with people bombard ...
Alleged bikie associate charged with drug and weapon offences in Darwin - &#13; Two men are facing a raft of charges after being found in possession of weapons ...
Concern for 77 year old man missing from Milner - &#13; There are concerns for a 77-year-old man missing from Milner.
Record police recruits to start in Qld - Queensland Police are set to welcome 142 recruits into their academy, the largest intake i ...
End of Vic lockdowns 'closer every day' - Restrictions will ease slightly across Victoria from Wednesday, when the state is forecast ...
Cleary thanks medicos for redemption shot - Nathan Cleary has hailed the medical people behind his shot at grand-final redemption, pra ...
NSW premier wants overseas travel restart - NSW will in the coming week reveal its roadmap for 80 per cent vaccination coverage, and t ...
Demons blitz Bulldogs in AFL grand final - Christian Petracca's record-equalling performance and a 15-minute midfield blitz have seen ...

300L of booze seized in sandbar party in Darwin Harbour 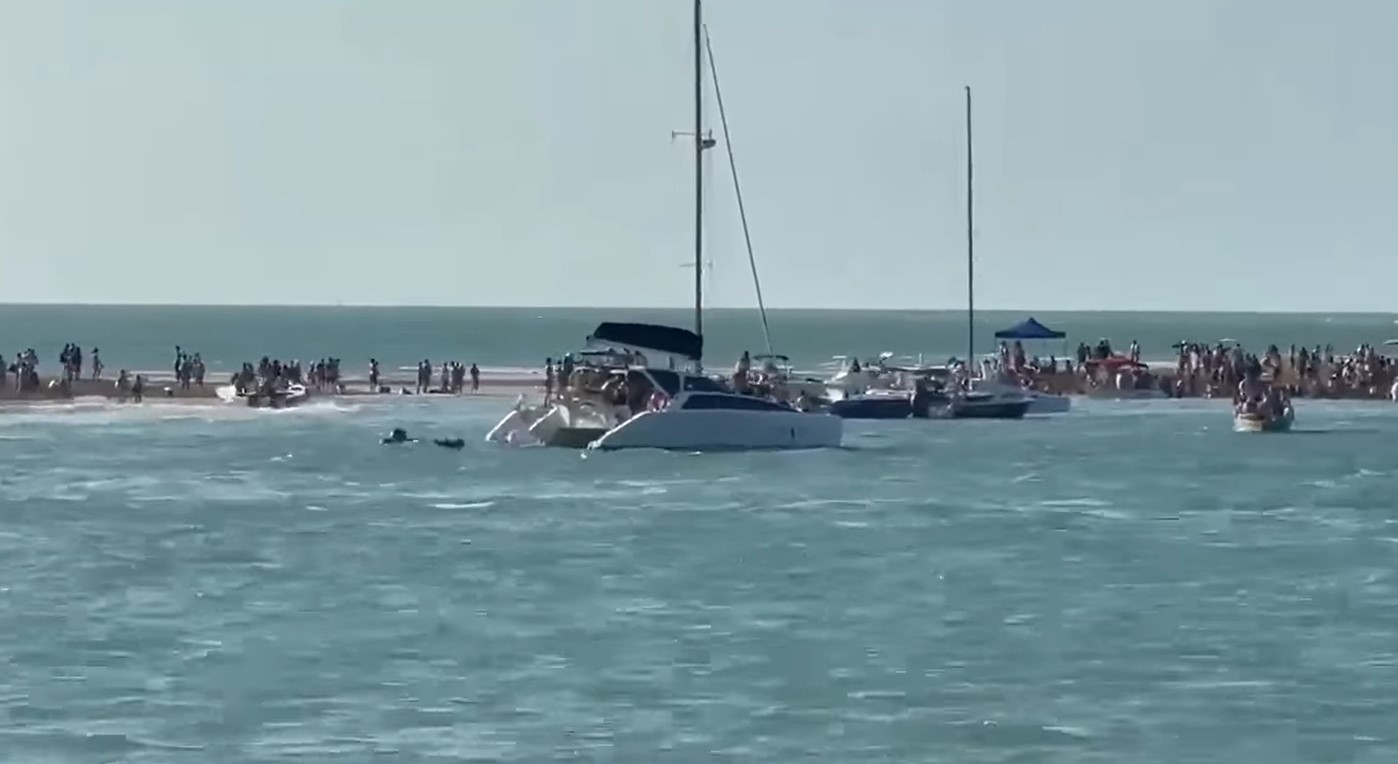 The mad scramble to escape surging waters on Saturday afternoon ended in alleged assaults, and a number of boat collisions, with one small boat capsizing.

In a written statement, a Northern Territory Police spokesperson says a number of fights broke out, with a 48 year old man sent to hospital for treatment.

"A large number of people choose to drink excessively placing them at risk as the tide became to rise, forcing party goers to evacuate the area within a short period of time," the statement says.

"Water Police were called for assistance following a number of boat collisions, as well as overloading, one small boat capsizing and a number of altercations between boats as people were being conveyed back to the mainland."

Police were called in to disperse the crowd and around 300 litres of alcohol was seized.

"A 48-year-old man was taken to Royal Darwin Hospital for assessment after he was involved in an altercation."

“People don’t realise how quickly a situation can change with the NT tides," Mr McMahon says.

"It was disappointing to see such a large crowd be so irresponsible and put so many people at risk."

However, chief minister Michael Gunner posted a video of the party to social media, touting it as a success only possible because of hard Covid-rules.

"This is the reward for Covid Zero and hard borders - freedom and fun."