Larrakia Elder honored by one of the country's top uni's 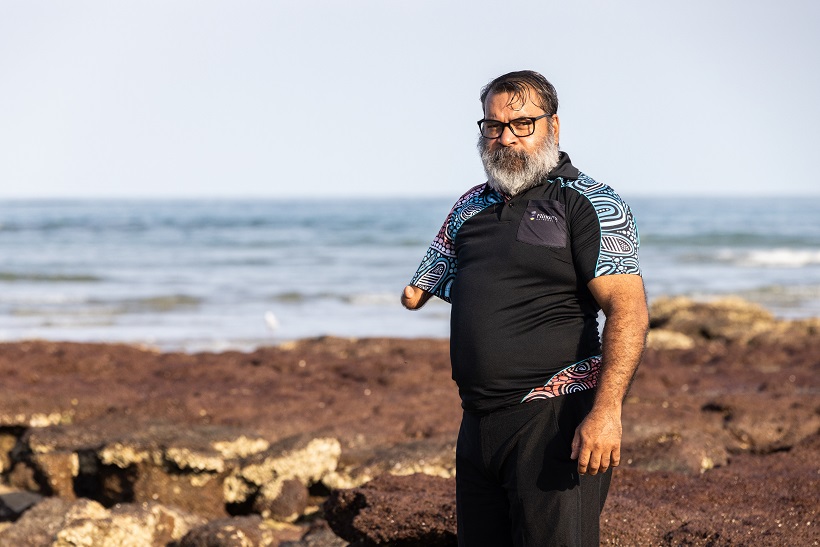 A life of incredible contribution to community and overcoming the odds has seen respected Darwin Elder Richard Fejo presented with a coveted Honorary Doctorate by Flinders University.

Uncle Richie, as he is known to many is a Larrakia man of direct male descent who has dedicated his life to cross-cultural education and improvement of outcomes for Aboriginal people.

With a career spanning twenty-five years, Uncle Richie is a true champion, dedicated to improving the well-being of all Aboriginal people.

As a Larrakia Elder, Uncle Richie has been presenting Larrakia Welcome to Country in Darwin since 1994, and in 2020 was asked by the AFL to perform the Welcome to Country for the league’s first ever dreamtime match held in Darwin – his powerful presentation met with thundering applause and cheers from the crowd.

In presenting the honour, Chancellor Stephen Gerlach said that Uncle Richie has also played a key role in the University’s Reconciliation Action Plan, and has been an important advocate for Flinders University, its students and partners in the Northern Territory.

‘Uncle Richie plays a pivotal role in educating Northern Territory staff and students about culture and the importance of understanding and committing to holistic solutions for health in his role as an Elder on Campus’ Mr Gerlach said.

‘Not only that, but he has been instrumental in advising and supporting the Poche SA+NT team in developing improved links and profile with Aboriginal and Torres Strait Islander communities to improve health outcomes.

His substantial contributions to our knowledge and capacity as a University have enabled us to strengthen the linkages between the University and Aboriginal communities.

“Uncle Richie’s achievements are a source of great pride, and we’re delighted family and friends who have accompanied him on his journey were able to join us to celebrate this honour, particularly his wife Heather, sisters Mirella, Aleeta and Rosemary, nephews James and Joseph, and cousin Joel.

Reinforcing the close connection of the Fejo family to Flinders, Dr Aleeta Fejo is a Flinders graduate, with a Master of Biomedical science.

Mr Gerlach says Flinders University is incredibly humbled to have Uncle Richie’s fearless leadership guiding our path and driving our diversity and inclusion, and offers its heartfelt thanks and congratulations in bestowing this honour.

Seldom awarded, Flinders University Honorary degrees are presented to distinguished members of our community, whose extraordinary service has changed lives.