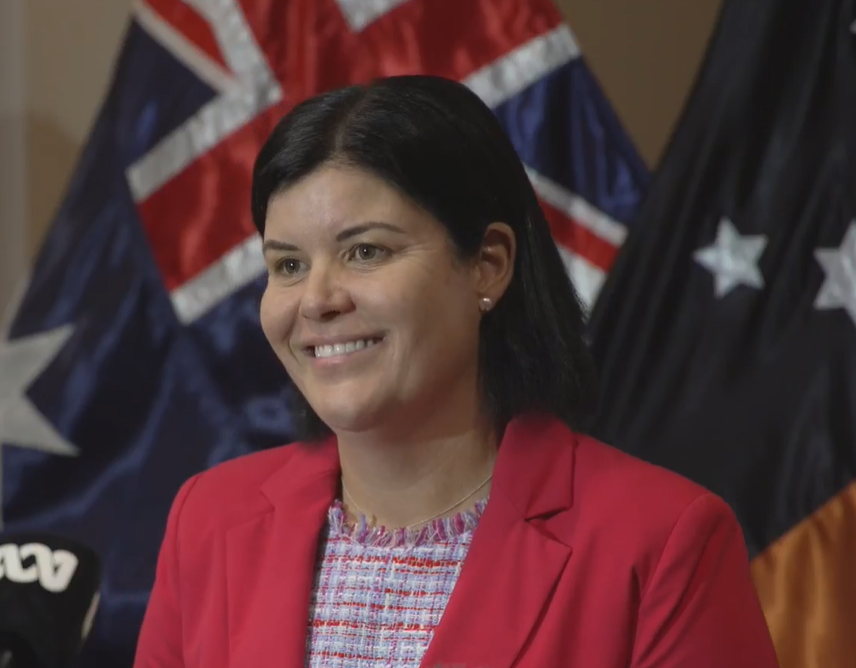 The Labor caucus met this morning to choose a new leader after Michael Gunner’s resignation on Tuesday.

Health Minister Natasha Fyles said she was unanimously selected for the top job by the caucus.

“We’ve had passionate but respectful discussions, we have each put our views forward but we have stuck together and we will continue to do so,” she said.

“We’ve sorted this out quickly and we’re going to focus on the real job, the job of delivering for Territorians.”

Reflecting on her journey in politics, Ms Fyles said is ready for a leadership role.

“I first joined the Labor party in 1993 as a 15 year old, I am the daughter of two teachers, a teacher myself.

“My partner Paul and I are now raising our two children Ollie and Henry here in the Territory because it is the best place in the world.”

“I put up my hand because I love this place, I want to work everyday to make it better.”

Promising to bring unity and stability to the government, Ms Fyles said she is ready to hit the ground running.

“We’re focused on creating more jobs right across the Northern Territory, we’re focused on growing the economy so it benefits all Territorians, tackling those hard social challenges that the Territory faces.”

“I can’t promise everyday to make you happy, I can’t fix every problem overnight but I can guarantee this, I will listen to you, I will always work my hardest for you and I’ll always put the Territory first.”

The new Chief said she is committed to tackling crime and indicated that the four-year wage freeze might be reviewed.

“The social challenges we face in the Territory, the crime and the anti-social behaviour, it’s a big job, we know that we have to change those determinants…housing, education, but absolutely that will be a key focus for me as Chief Minister.”

“We’re hoping that with the number of projects coming here to the Territory, our population growing, the investment we’re seeing, the increase in GST that we will be able to make decisions to ensure that the economic prosperity reaches across to the social challenges we have in the Territory.”

Ms Fyles will visit the Administrator at Government House this afternoon where she will be officially sworn in as Chief Minister of Northern Territory.

She said the cabinet Ministers will retain their current portfolios for the duration of the May parliamentary sittings.

“Following that a new leadership team and a new cabinet will be sworn in and of course there will be some changes.”

Ms Fyles is expected to take on Michael Gunner’s portfolios of Major Projects and Territory Economic Reconstruction as well as Strategic Defence Relations, with Nicole Manison to remain the Deputy Chief Minister.

Ms Manison congratulated Ms Fyles on her appointment to the top job giving Territorians some insight into their new leader.

“I’ve had the great privilege to serve with her my whole parliamentary career,” she said.

“What I can tell you about your new Chief Minister is that you have got somebody who loves this place, who is so committed to the Northern Territory, who is tenacious, hard working, determined and she is going to make a huge difference.” 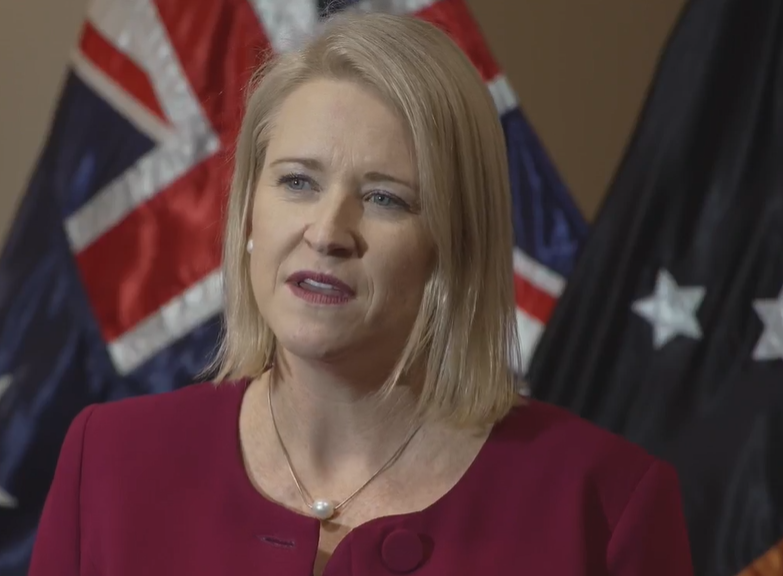